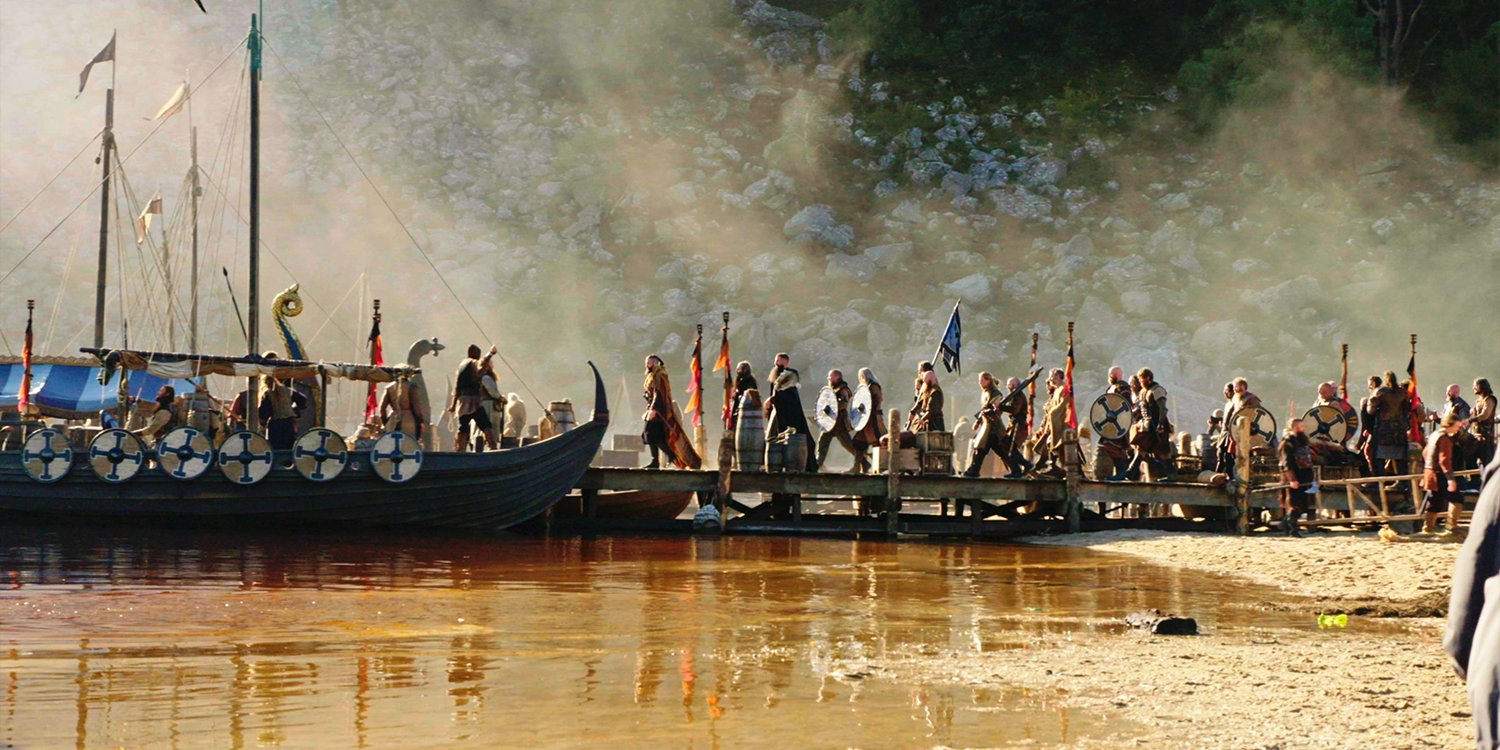 In “Vikings,” the Vikings have provided us with a lot of gory battles, raids, and drama over the course of six seasons. Now that they’ve retired, however, Netflix is promoting the follow-up series “Vikings: Valhalla” aggressively.

In the first four pictures, you see the brutal but also somehow romantic world of the “Vikings. ” Once you see warriors walking along a misty path. In the second picture something important is announced in the village and in the third picture the brave Vikings are probably starting a raid, because they are boarding one of their ships. On the fourth photo you can also see how the boats in “Vikings: Valhalla” look in their full beauty.